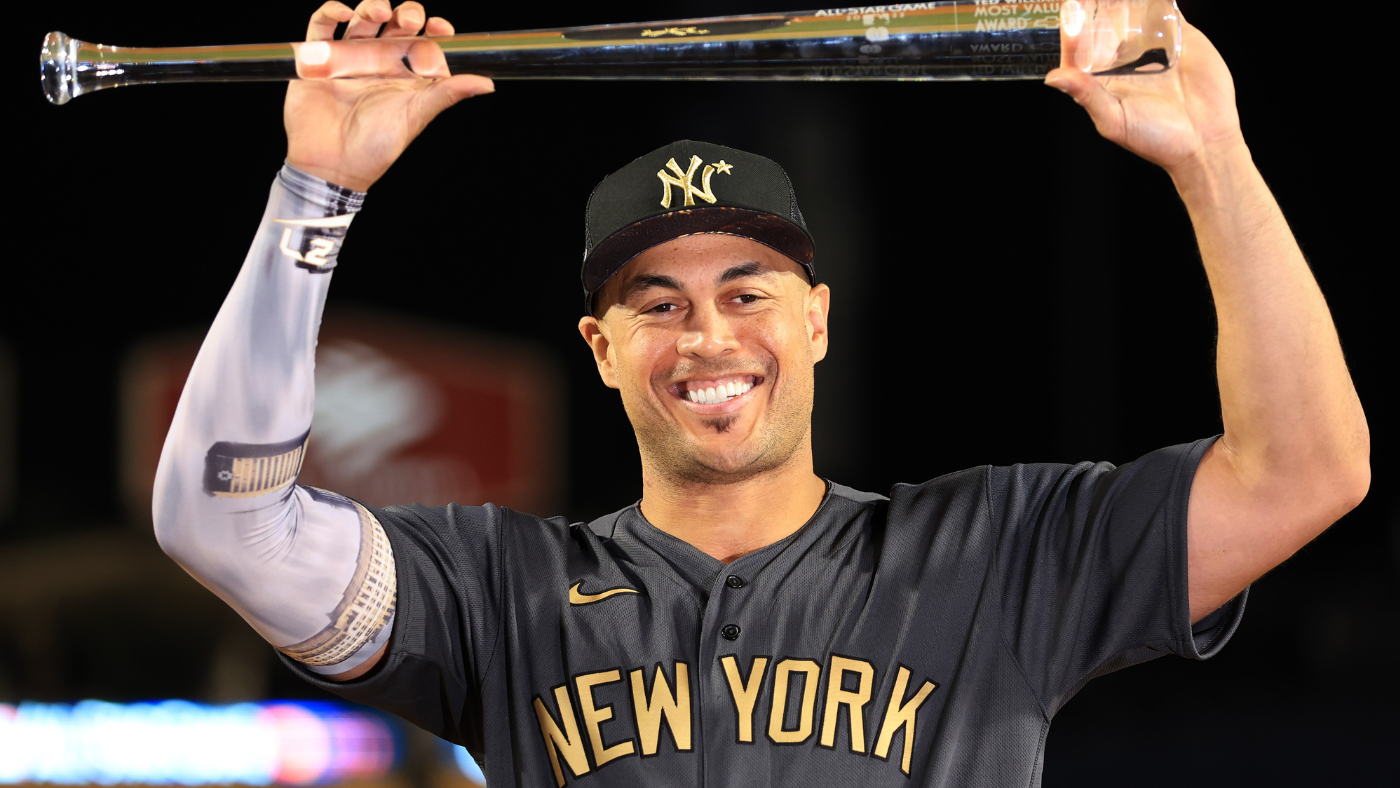 The American League, on the strength of back-to-back home runs by Giancarlo Stanton and Byron Buxton, continued its All-Star Game dominance on Tuesday night at Dodger Stadium. The AL won the 2022 MLB All-Star Game, 3-2, to make it nine consecutive wins over the National League in the Midsummer Classic. Stanton, who was named All-Star Game MVP, hit a 457-foot, two-run homer off Dodgers righty Tony Gonsolin in the fourth inning. Buxton, the next batter, followed with a 425-foot blast of his own to give the AL a one-run lead that the team would not relinquish. Read more at:  https://www.cbssports.com/mlb/news/2022-mlb-all-star-game-score-takeaways-al-winning-streak-continues-as-giancarlo-stanton-byron-buxton-homer/live/ (Mike Axisa & Dayn Perry/ CBS MLB)

Denzel Washington Pays Tribute to Jackie Robinson Before MLB All-Star Game – Major League Baseball hit another home run tonight. As it did last year with Kevin Costner’s appearance at the Field of Dreams game in Iowa, the league brought in a Hollywood heavy hitter to add a little televised magic to the All-Star Game at Dodger Stadium. Just before players took the field, Denzel Washington walked out in the late afternoon sun and gave the crowd a laconic but stirring remembrance of number 42 and all he meant, not just to the Dodgers or baseball or sports, but to the world. Fox Sports captured the moment.  “Ebbets Field, Brooklyn, 1947,” said Washington setting the scene. “When Jackie Robinson stepped onto a Major League Baseball field for the first time, armed with supreme talent and unshakable character and wearing a Dodgers uniform, he changed the game of baseball and so much more.” Read more at:  https://deadline.com/2022/07/denzel-washington-jackie-robinson-tribute-all-star-game-1235072905/ (Tom Tapp/deadline.com