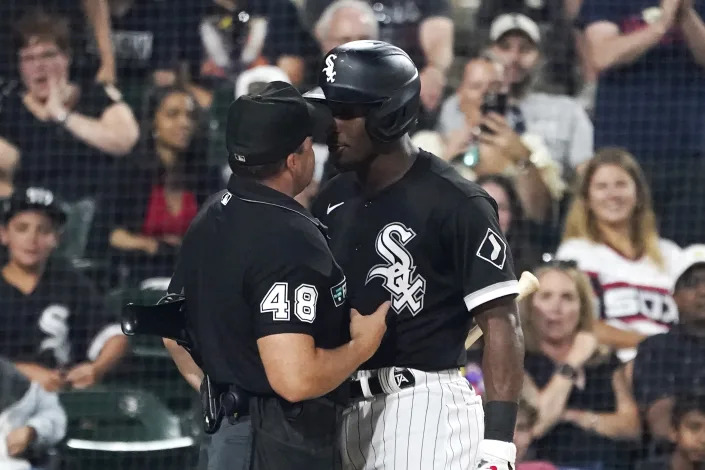 White Sox SS Anderson Suspended Three Games – White Sox All-Star shortstop Tim Anderson was suspended three games and fined an undisclosed amount of money for making helmet-to-hat contact with plate umpire Nick Mahrley during Friday night’s game against the Oakland Athletics. Anderson appealed the suspension, making him eligible for the White Sox’s 3-2 win over the A’s on Saturday. His suspension will be held in abeyance until a hearing. Anderson, 29, was unhappy with a first-pitch strike call by Mahrley in the bottom of the seventh inning. The two had words before Mahrley ejected Anderson, who then approached the umpire, making contact between his helmet and Mahrley’s cap. Read more at:  https://www.espn.com/mlb/story/_/id/34317475/chicago-white-sox-shortstop-tim-anderson-suspended-three-games-making-contact-umpire-appeals  (Jesse Rogers/ESPN)