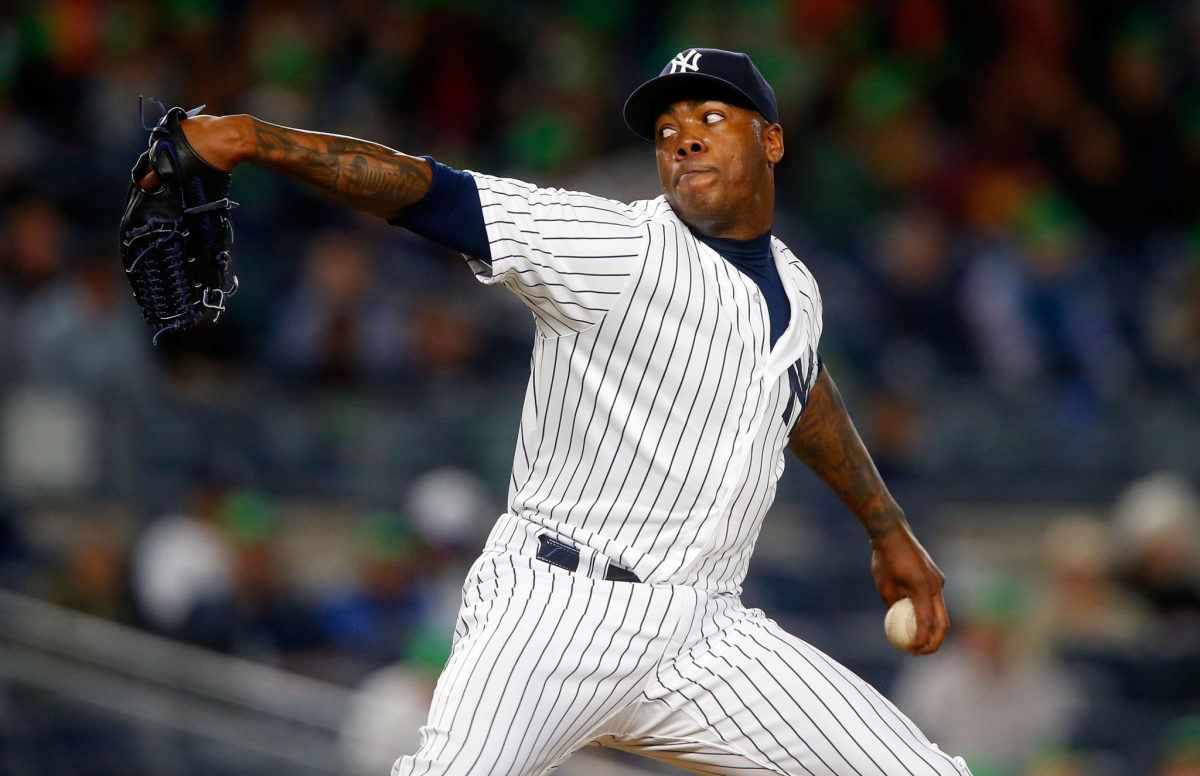 Bad Ink:  Infection from Tattoo Shelves P Chapman – In the latest chapter of Aroldis Chapman‘s disappointing 2022 season, the New York Yankees placed their former closer on the 15-day injured list because of what manager Aaron Boone called “a pretty bad infection” on Chapman’s leg, arising from a new tattoo. Boone disclosed before Saturday night’s game against the Oakland Athletics that the lefty reliever, who was demoted after Clay Holmes took over the closer role in May, would be placed on the injured list for the second time this season, this time having to deal with a severe leg infection. Chapman missed 35 games earlier in the year (May 24-June 30) because of left Achilles tendinitis. Read more at:  https://www.espn.com/mlb/story/_/id/34472042/new-york-yankees-reliever-aroldis-chapman-placed-il-leg-infection-stemming-tattoo  (Marly Rivera/ESPN)