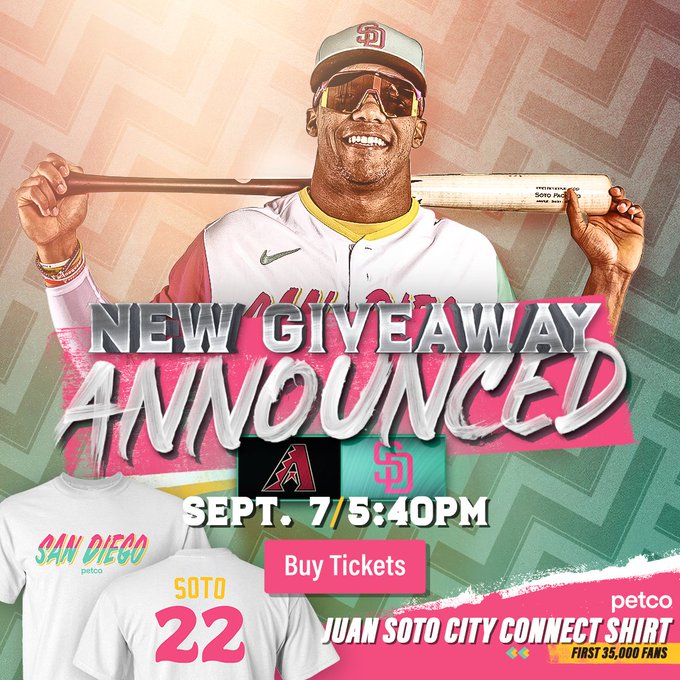 Padres Pull Plug on Tatis Bobblehead Giveaway – The San Diego Padres have replaced a planned Fernando Tatis Jr. bobblehead night with a Juan Soto T-shirt giveaway after the superstar shortstop was banned 80 games Friday following a positive test for a performance-enhancing drug. Tatis, a 23-year-old sensation and one of the brightest stars in all of Major League Baseball, was on the cusp of returning to the Padres from a broken wrist that had sidelined him all season. He was on track to rejoin the team well before the Sept. 7 bobblehead night, until the positive test. Read more at:  https://www.espn.com/mlb/story/_/id/34409488/san-diego-padres-swap-fernando-tatis-jr-bobblehead-night-juan-soto-t-shirt-giveaway-following-suspension  (AP)