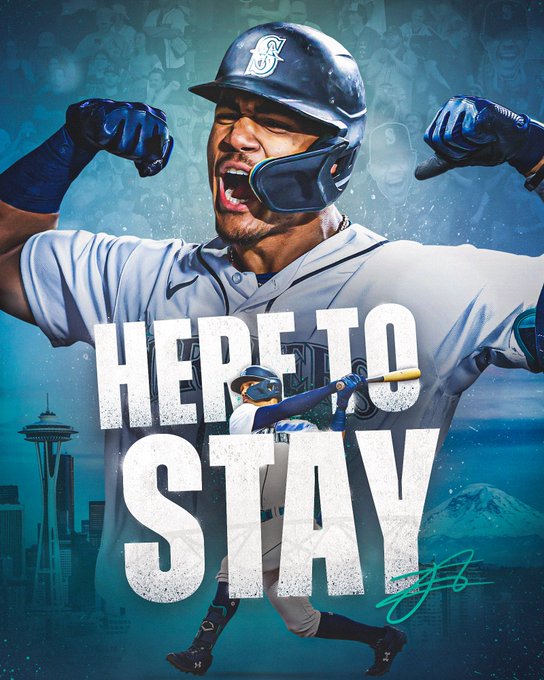 Mariners, Rodriguez Agree to Extension – Julio Rodríguez is going to be the face of the Mariners for a long, long time. The club announced on Friday night that it has reached a contract extension with their prized rookie. The deal could run through at least through the 2034 season, 12 guaranteed years, with options that could carry five more years through 2039. Hours after MLB.com’s Jesse Sanchez first reported that the star rookie was on the cusp of signing a megadeal extension, the team officially announced the agreement during the sixth inning of Friday’s game against Cleveland. According to a source, the deal is worth $210 million guaranteed and carries the possibility of maxing out as the longest and largest in MLB history at $470 million. Based on a variety of player and team options, it can be worth seven, 12, 15 or 17 years beyond the 2022 season. Read more at:  https://www.mlb.com/news/julio-rodriguez-extension-with-mariners  (Daniel Kramer/MLB.com)