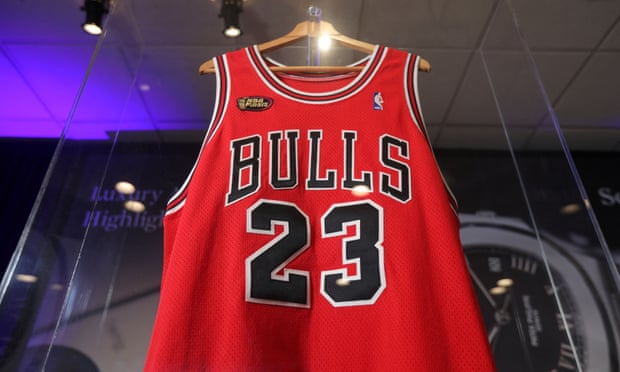 Jordan ‘Last Dance’ Jersey Sells for Record $10.1M – A jersey worn by Michael Jordan in Game 1 of the 1998 NBA Finals, part of the hallowed “Last Dance” season for Jordan that culminated with the Chicago Bulls reigning victorious over the Utah Jazz, has sold for $10.091 million with auction house Sotheby’s. It is the most ever paid for an item of sports memorabilia, surpassing the $9.28 million paid in May for late soccer legend Diego Maradona‘s “Hand of God” jersey from the 1986 World Cup. The “Last Dance” jersey marked Jordan’s sixth and final NBA championship, and his record sixth NBA Finals MVP award, before he retired for the second time. Read more at:  https://www.espn.com/nba/story/_/id/34598807/michael-jordan-last-dance-jersey-1998-nba-finals-sells-record-101-million-auction  (Dan Hajducky/ESPN)