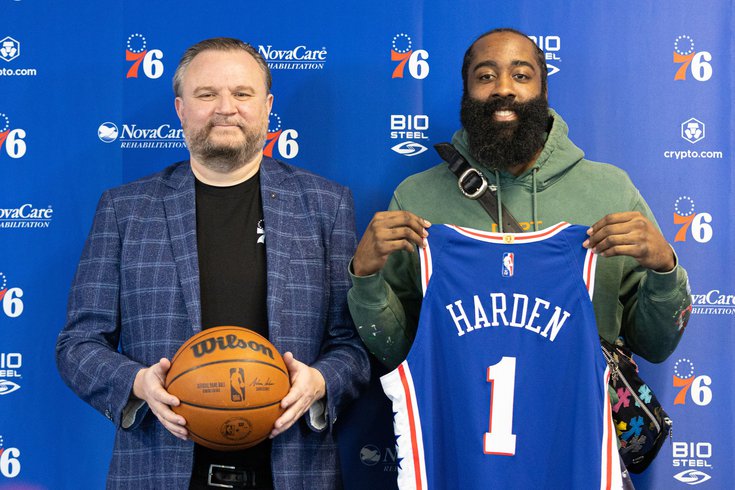 Sources:  Harden Deal Eyed in NBA’s 76ers Probe –  The NBA has opened an investigation into the  Philadelphia 76ers for possible tampering and early contact centered on the franchise’s summer free agency class of James Harden, P.J. Tucker and Danuel House, sources told ESPN on Friday. One of the central elements of the league’s probe includes questions on Harden’s decision to decline a $47.4 million player option for 2022-23 and take a pay cut on a new two-year, $68 million deal, sources said. Around the league, there have been questions about whether there’s already a handshake agreement in place on a future contract, which would be in violation of collective bargaining rules. Sixers president of basketball operations Daryl Morey has already begun answering questions from league attorneys, sources said. Read more at:  https://www.espn.com/nba/story/_/id/34314466/sources-nba-investigating-philadelphia-76ers-possible-tampering-centered-james-harden-pj-tucker-danuel-house-deals  (Adrian Wojnarowski/ESPN)