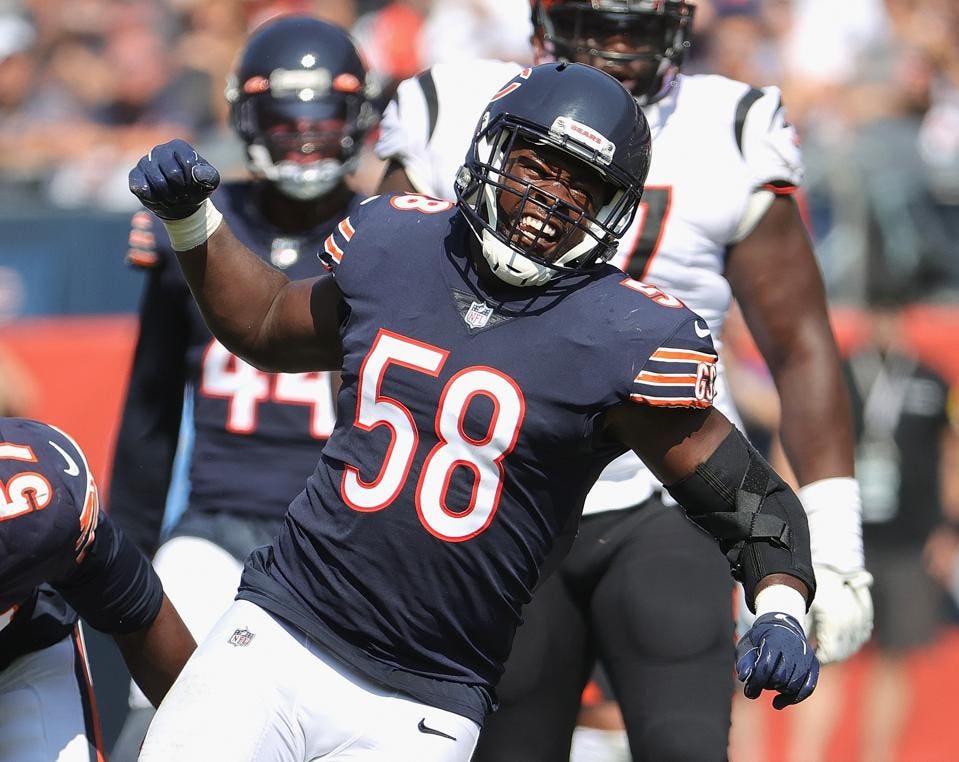 Smith Request Trade from Bears – Bears linebacker Roquan Smith said in a written statement that he has requested a trade after contract negotiations between himself and the organization reached an impasse.  Smith wrote a statement that was posted to social media by NFL Network on Tuesday. ESPN has confirmed the validity of these messages. The linebacker wrote that the “new front office regime doesn’t value me here,” after Smith said he had been trying to work on an extension since April.  “They’ve refused to negotiate in good faith,” Smith wrote. “Every step of this journey has been ‘take it or leave it.’ The deal sent to me is one that would be bad for myself, and for the entire LB market if I signed it.” Read more at: https://www.espn.com/nfl/story/_/id/34373632/roquan-smith-requests-trade-chicago-bears  (Courtney Cronin/ESPN)