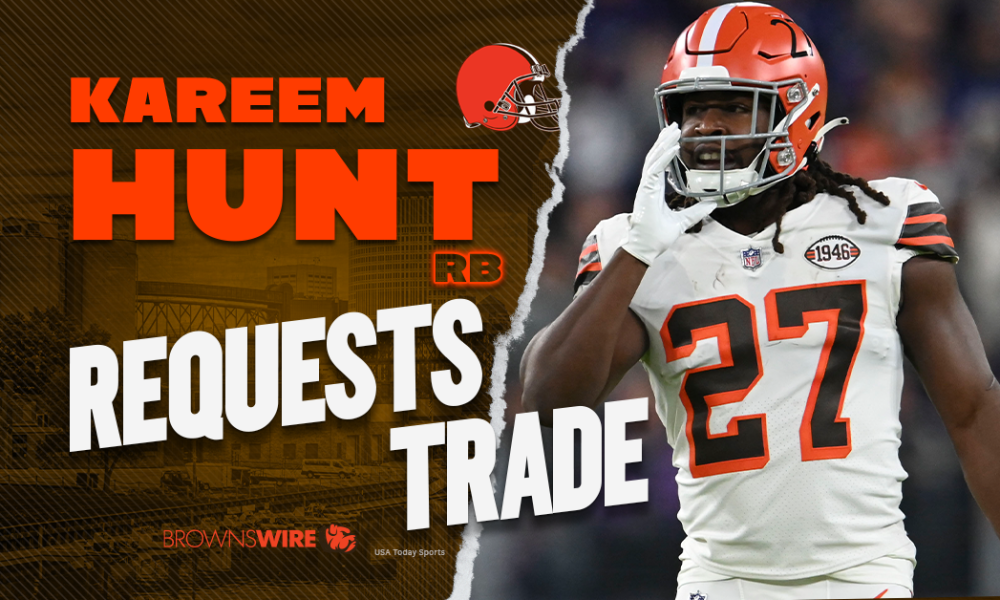 Browns RB Hunt’s Trade Request Denied – Kareem Hunt wants a new contract. The Browns aren’t giving him one. So, the running back asked the team to trade him, according to Cleveland.com. The Browns aren’t doing that either. It is just the latest twist in a drama-filled offseason for Cleveland after the club traded for Deshaun Watson and gave him a fully guaranteed five-year, $230 million contract despite at least two dozen accusations of sexual misconduct against him. Last Monday, Judge Sue Robinson ruled Watson would be suspended six games for violating the NFL’s personal conduct policy, but the league is appealing the decision with an eye on a longer suspension. Hunt, 27, is on the final year of a two-year, $12 million contract. Read more at:  https://nypost.com/2022/08/07/kareem-hunts-trade-request-denied-as-browns-saga-intensifies/  (Justin Tasch/New York Post)