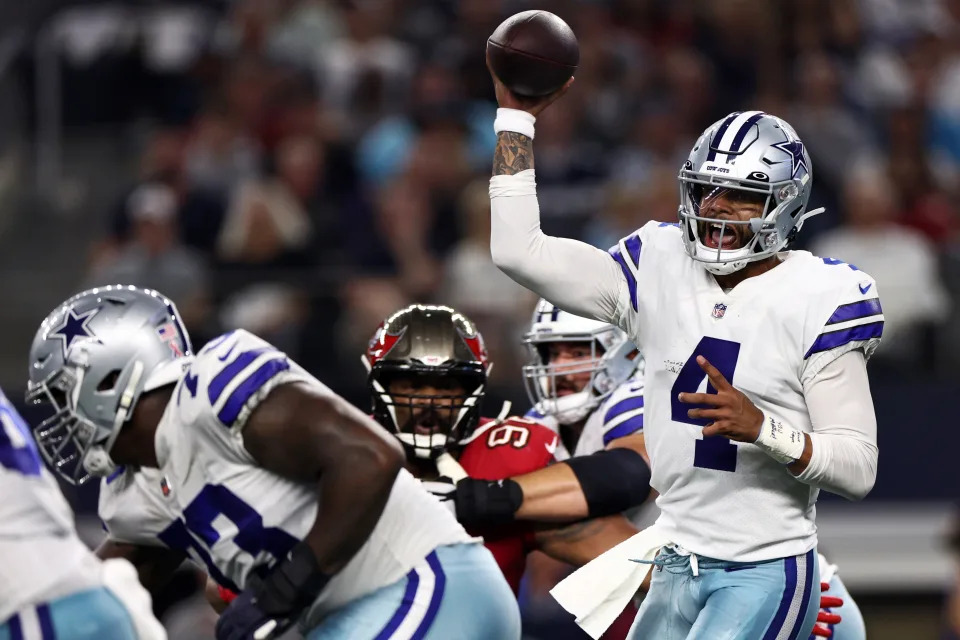 Cowboys’ Prescott Out 6-8 Weeks – Dak Prescott will miss multiple weeks after suffering a hand injury that will require surgery, Dallas Cowboys owner Jerry Jones said Sunday night after his team suffered a 19-3 defeat to the Tampa Bay Buccaneers. ESPN’s Todd Archer later reported Prescott will miss 6-8 weeks. Jones told reporters postgame that Prescott needs surgery on a joint above the thumb on his throwing hand. “Dak will be out for awhile,” Jones said. The Cowboys’ medical staff told Prescott that he suffered a clean break, the quarterback said in a postgame news conference. A timeframe for his return is unclear as of Sunday night. He said he expects to have that surgery Monday. Read more at:  https://sports.yahoo.com/dak-prescott-leaves-game-early-with-hand-injury-after-banging-it-twice-on-throws-030645572.html  (Frank Schwab/Yahoo Sport)