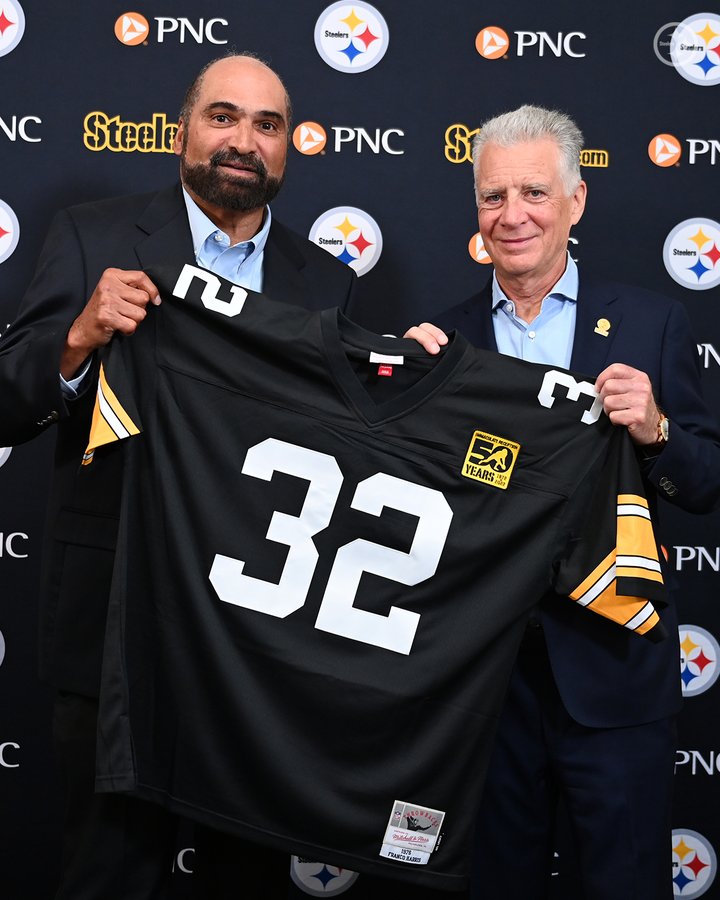 Steelers to Retire Franco Harris’ No. 32 Jersey – The central figure of a legendary moment in Steelers history is receiving his due. Pittsburgh will retire Franco Harris‘ No. 32 at halftime of the team’s Week 16 game against the Las Vegas Raiders, the team announced Tuesday. The setting, a Christmas eve prime-time game in Pittsburgh against the Raiders airing on NFL Network, is fitting for retiring the number worn by a pillar of the franchise. Pittsburgh was a lowly club in its early years, but enjoyed a long-lasting shift toward legitimacy starting with the arrival of head coach Chuck Noll, defensive lineman Joe Greene, quarterback Terry Bradshaw and Harris. The last of that group made the most important catch in Steelers history to that point, snatching a deflected pass from the minuscule space remaining between his hands and the Three Rivers Stadium turf and taking it for a game-winning touchdown to propel the Steelers past the then-Oakland Raiders to the AFC Championship Game. “I am thrilled we are going to honor Franco with this recognition by retiring his No. 32 jersey,” Steelers president Art Rooney II said in a statement. “This is the 50th anniversary of one of the most memorable plays in NFL history; one that changed the course of our success with his ‘Immaculate Reception’ in 1972. Read more at:  https://www.nfl.com/news/steelers-to-retire-franco-harris-no-32-jersey-during-christmas-eve-game-against-  (Nick Shook/Around the NFL)