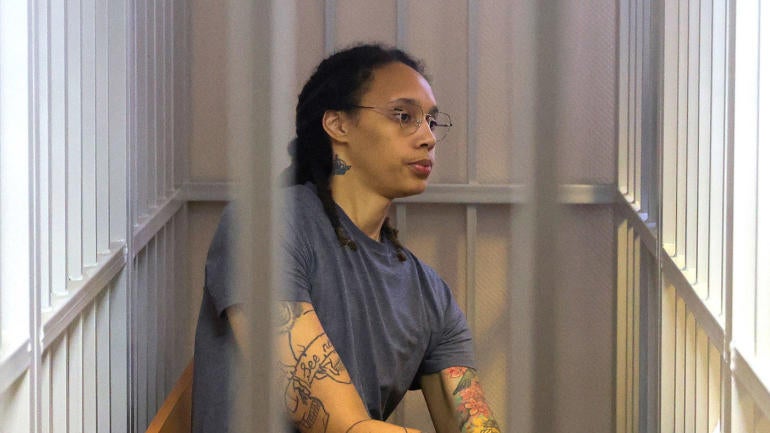 Griner’s Defense Team Files an Appeal – WNBA star Brittney Griner‘s defense team filed an appeal against the 9 1/2-year prison sentence she was given by a Russian court for smuggling drugs into the country. Griner was convicted on Aug. 4, and her lawyers, under Russia’s laws, had 10 days to appeal.  Drug charges comparable to Griner’s have the potential of a maximum sentence of 10 years in Russia, but her lawyers described Griner’s punishment as “excessive.” As reported by the Associated Press, Griner’s legal team is arguing that other defendants in similar cases have received an average sentence of about five years and about a third of them were granted parole. Read more at:  https://www.cbssports.com/wnba/news/brittney-griners-defense-team-files-appeal-of-her-9-5-year-prison-sentence/ (Isabel Gonzalez/CBS WNBA)