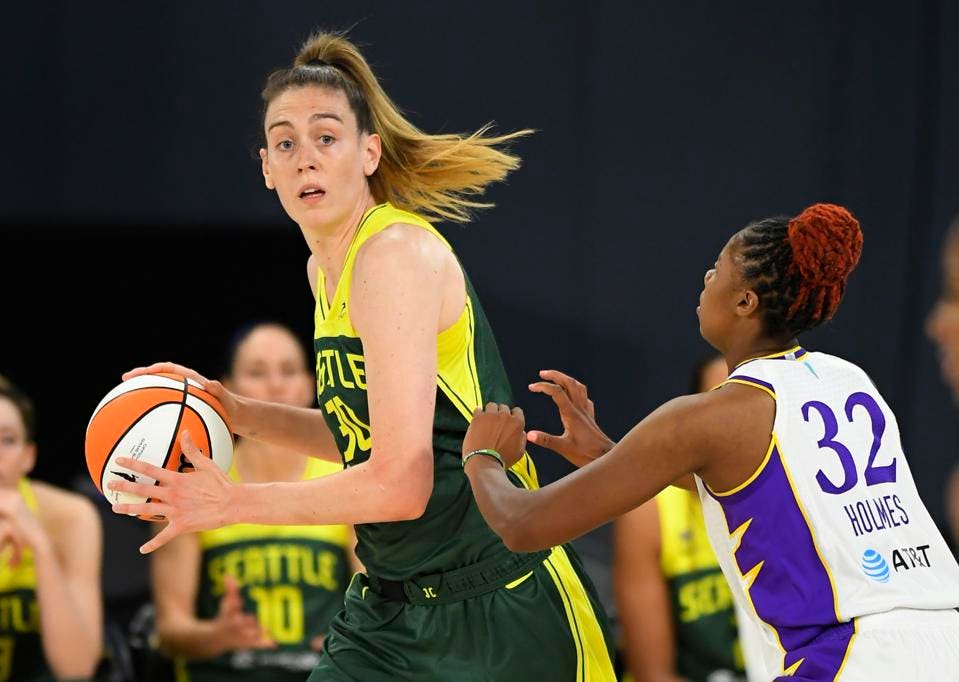 Storm’s Stewart 1st 2-Time AP Player of the Year – Breanna Stewart is always looking for ways to improve her game, and this season, her efforts culminated in a couple more career milestones.  The Seattle Storm forward led the WNBA in scoring for the first time in her career, averaging 21.8 points, and Tuesday she became the first player to repeat as The Associated Press WNBA Player of the Year.  Stewart received six votes for AP Player of the Year by the 10-member media panel, narrowly edging A’ja Wilson, who received the other four votes. Stewart is the first two-time winner of the award since the AP voting began in 2016. Read more at:  https://www.espn.com/wnba/story/_/id/34408433/seattle-storm-breanna-stewart-first-2-winner-ap-player-year-award (ESPN)