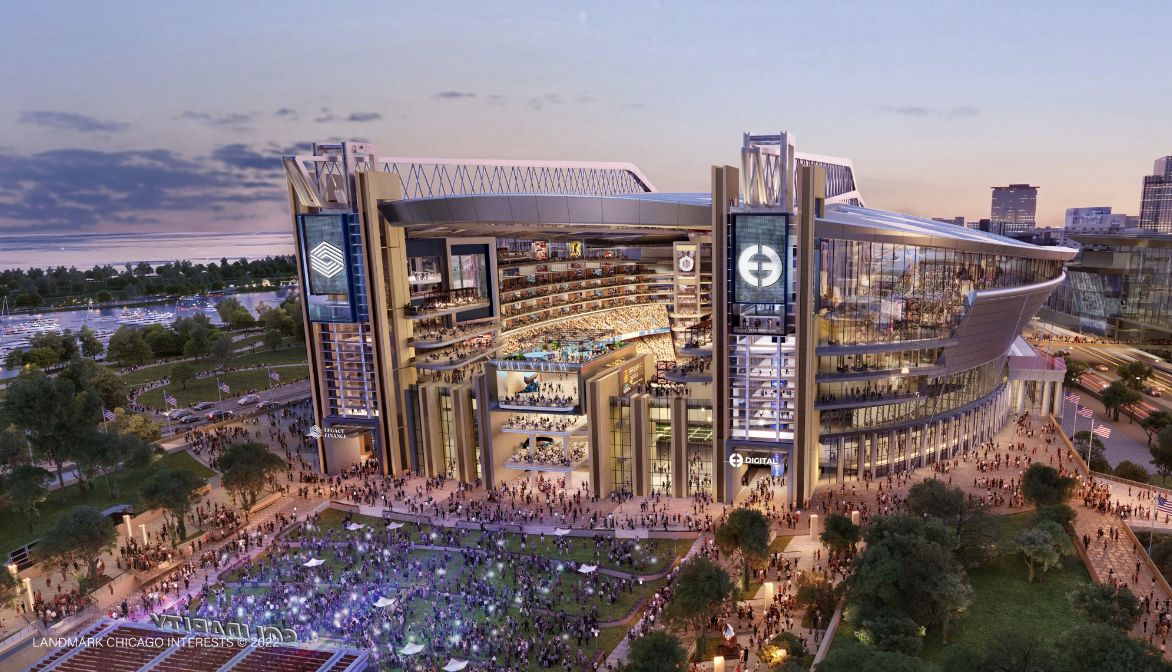 Chicago mayor Proposes Dome for Soldier Field – Mayor Lori Lightfoot announced three renovation options to Soldier Field as the city continues trying to persuade the Bears to stay at the lakefront stadium. “This is an incredible asset, been here for almost 100 years,” Lightfoot said. “One way or another, we have to invest in Soldier Field.” The three proposals consist of a domed option, an open-aired stadium with the option of adding a dome at a later date and an option to modify the stadium to better suit soccer competitions while improving accommodations for concerts and other events. Lightfoot said that all three proposals will keep Soldier Field as an economic engine for the city regardless of the Bears’ decision. “Any of these renovations will allow Soldier Field to retain its role as an economic engine for Chicago for years to come,” Lightfoot said in a press release. Read more at:  https://abc7chicago.com/mayor-lori-lightfoot-soldier-field-chicago-bears-arlington-heights/12071521/ (John Garcia and Stephanie Wade/ABC7 Eyewitness News)